It seems most of the posts on this blog has been about me rebuilding my 3D printer. Well, hopefully this will be the last one in a while as I have several other projects that are in need of parts and I'd rather spend time on them than on another teardown/rebuild.

I were quite happy with the performance on my previous extruder mechanism, although it was supposed to be temporary. Combined with the J-Head I got very nice prints for a while. 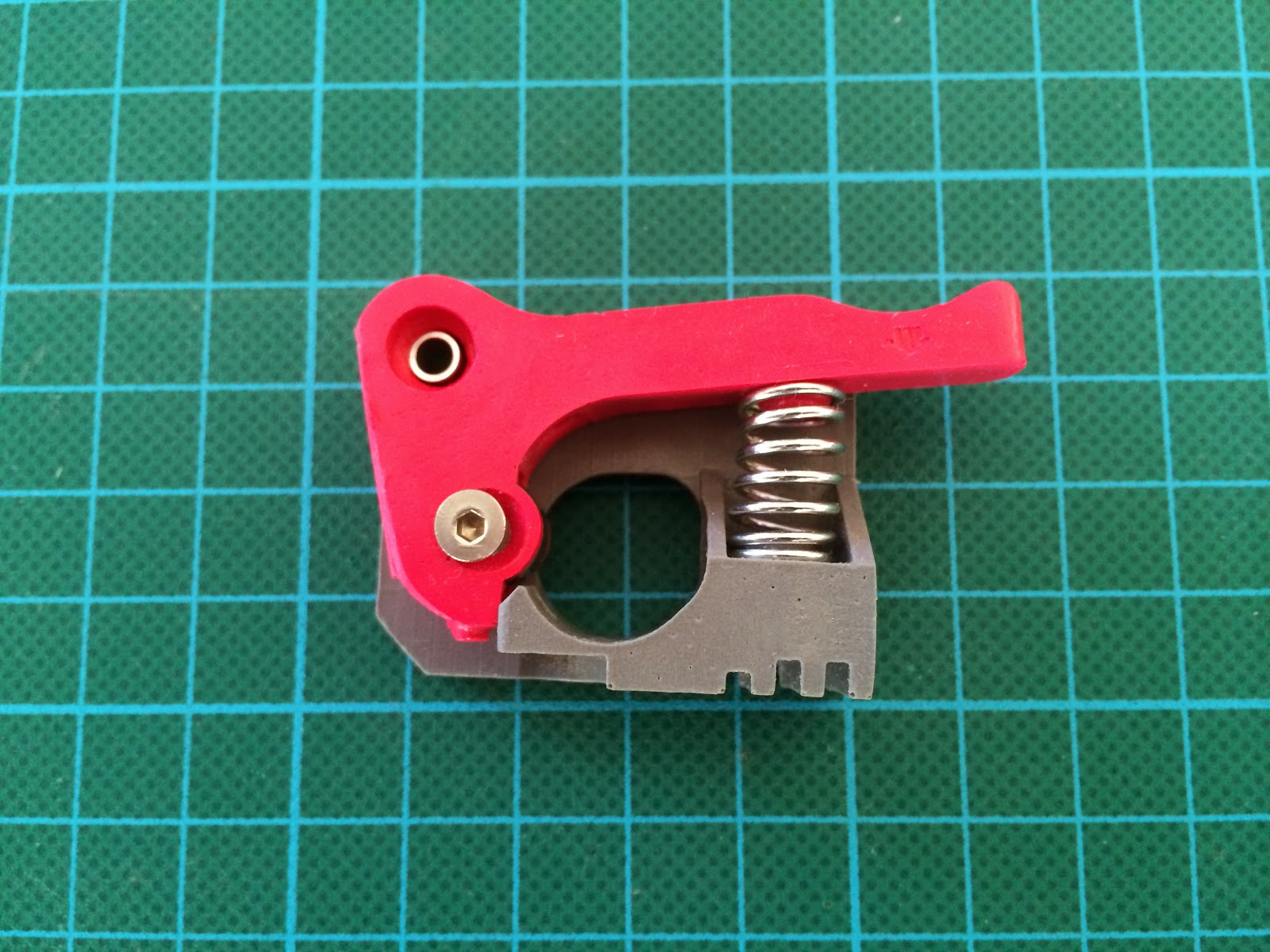 When the extruder broke down I tried a couple of e-bay replacements but did not quite get the performance (or fit with my printer) I was looking for. At the same time the J-Head started acting up (leakage and stuff) so I needed to find a replacement for that as well.

After a bit of research I ended up buying a Bulldog Lite Extruder from their Indiegogo campaign and was pleasantly surprised that they shipped them right away with no waiting at all. Although a bit heavy it's beautifully machined and well put together. The "Lite" comes without the gearbox which makes it a bit lighter, but is only suitable for 1.75mm filament. Secondly I ordered the E3D v5 hotend which has gotten great reviews. Going with an all-metal-hotend made sense this time around since there's no peek or PTFE that can melt/be deformed.

One thing about about the Bulldog / E3D combo that isn't perfect is the mating between the two. They are both fabricated to follow the J-Head "standard" so you can just slide the stem into the extruder, but there's quite a bit of slack along the z-axis so I made some shims out of regular plastic. 4 of these did the trick. 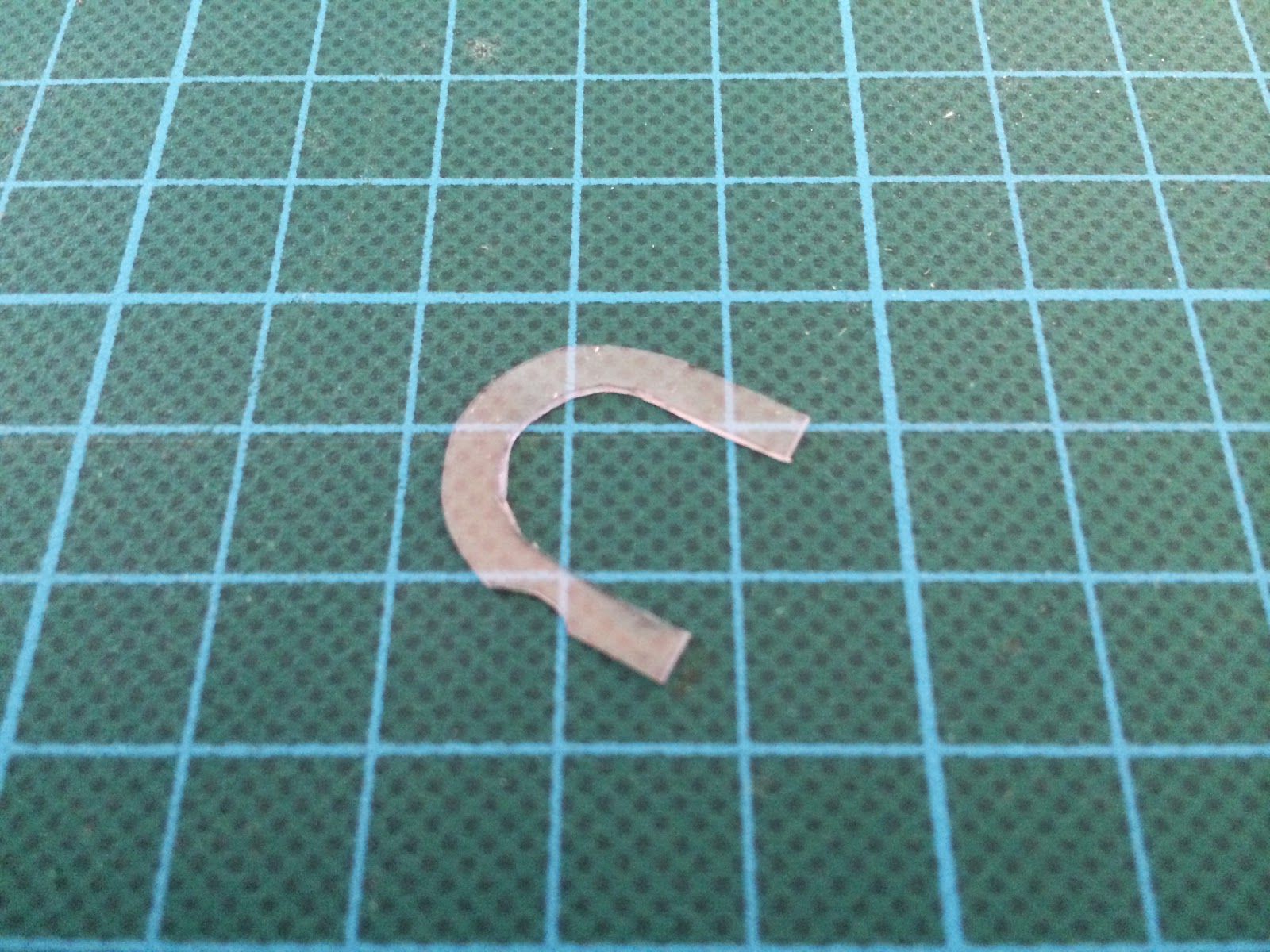 It took me a while to get everything put together, as I also switched the printer firmware from my stock Sprinter firmware, delivered with the SUMPOD, over to the latest Marlin.

Now I finally have a working printer again. And I must say, I'm very pleased with the quality of the prints as well as the new functionality in Marlin. The printer even sounds better! 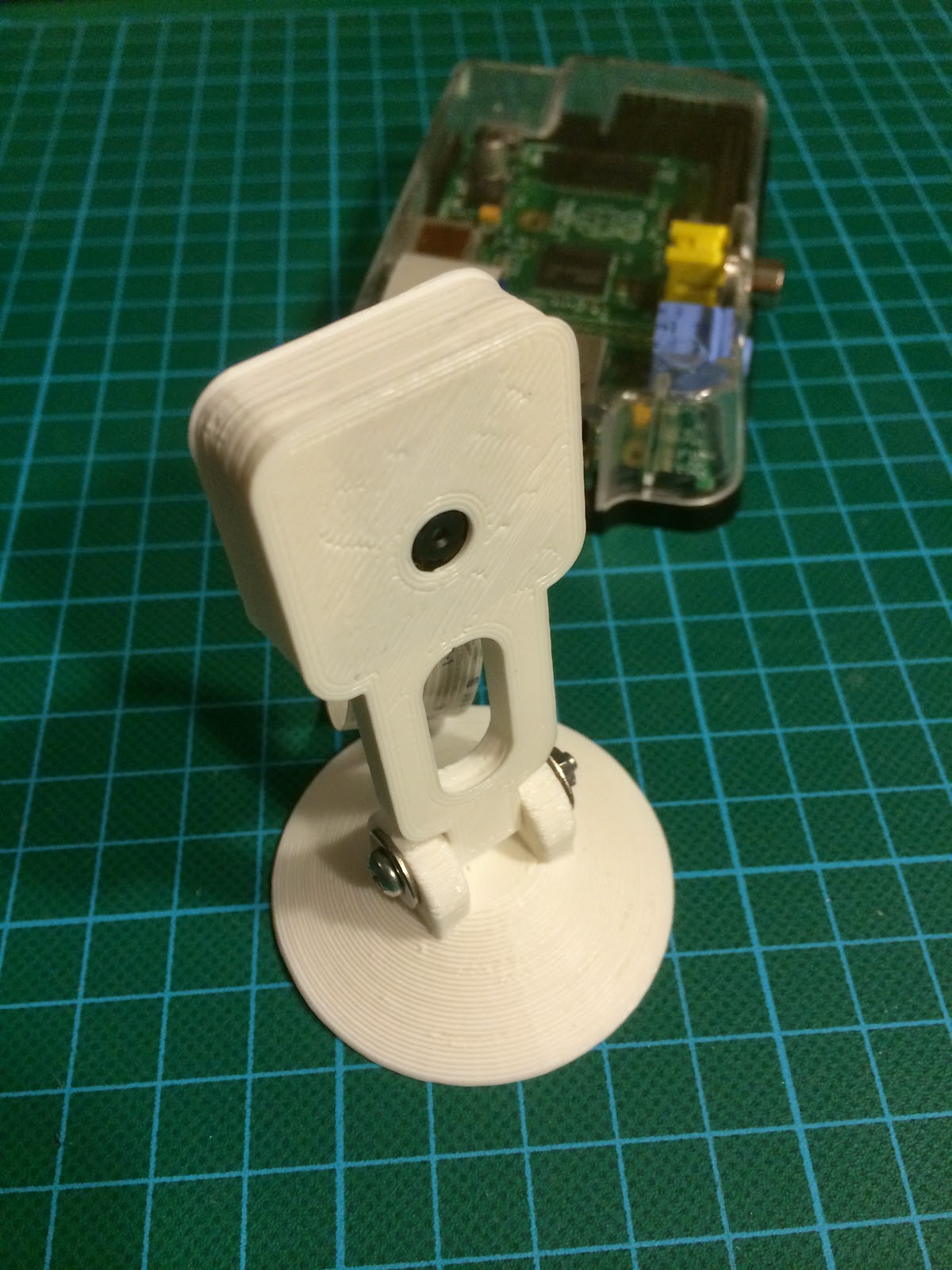 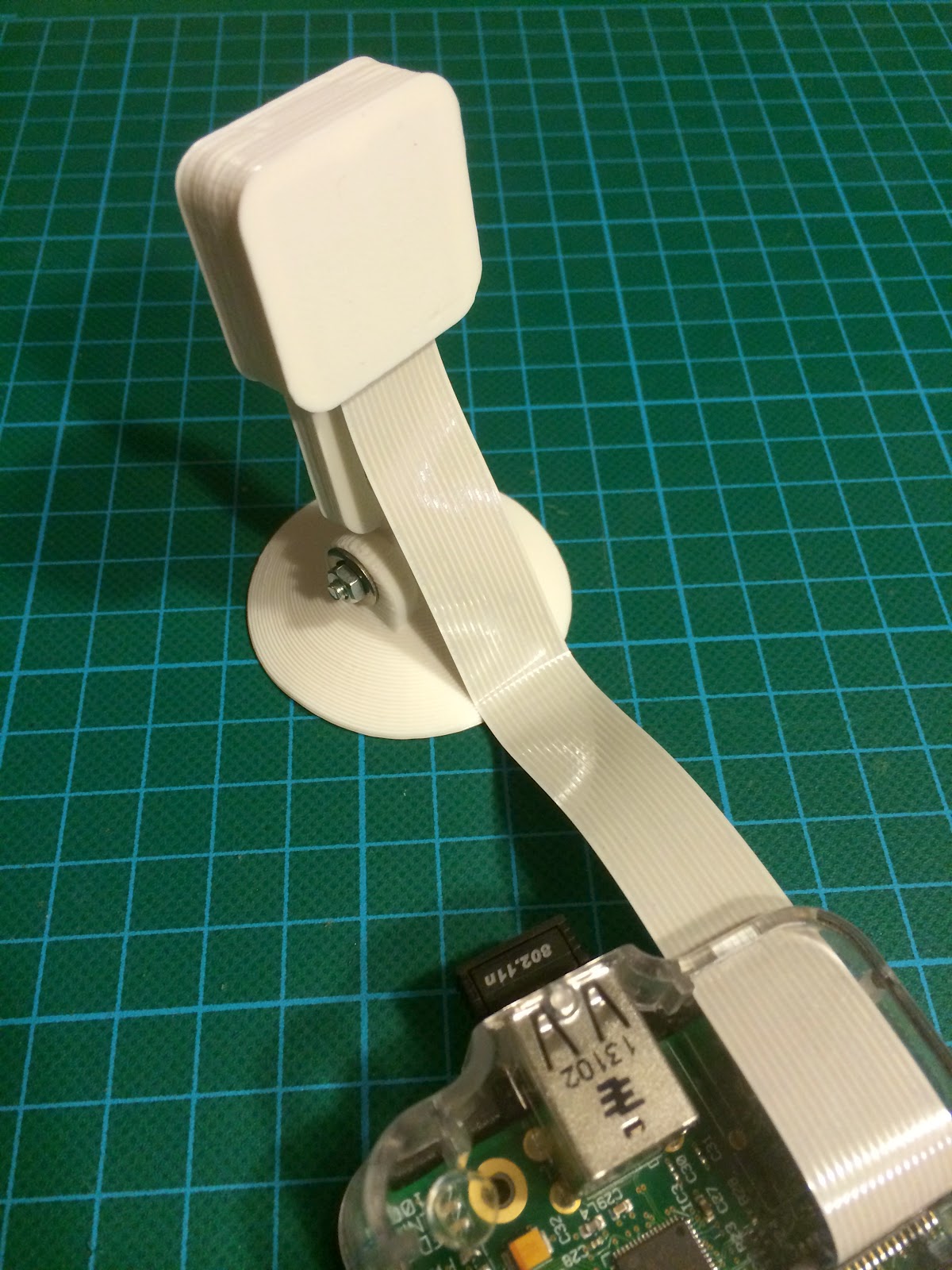 My first print were a camera stand for one of my Raspberry Pi's. This print was sliced with .3 mm layer height so it's a bit rough, but I opted for speed before beauty this time. I've made the design available on Thingiverse as well.

Until next time!
Posted by Atle Krogstad Berg at 20:46